Proudly presented by Te Wānanga o Aotearoa, join Dr Rangi Matamua as he shares with us extensive knowledge around Matariki in the Pacific.

Matariki in the Pacific

The peoples of Polynesia are undeniably connected as represented in langauge similarities, art, tikanga, stories, and ocean navigation. These connections are also reflected in the way that Pleiades is observed throughout the various people of the Pacific. In Hawai’i the rising of Makaliʻi (Matariki) in the east falling in sync with the setting of the sun in the west, marks the beginning of the Makahiki season and the Hawaiian new year. The season is dedicated to Lono (Rongo) and is one of peace, feasting, and rejuvenation. At its root, Makahiki is a harvest celebration, a universal expression of thanks and appreciation. In Samoan it is Mataalii (eyes of the chiefs), and receives its explanation in the origin story, that the seven stars are the eyes of the seven chiefs, who were translated to heaven after death, an eye of each only being visible. [1] In Tonga it is known as “Matali’i”, while in Tahiti it is known as “Matari’i” where the year is divided into two seasons, Matari’i above and the Matari’i below; the first beginning when these stars appeared on the horizon in the evening, the second beginning when at sunset these stars were invisible[1]. Throughout much of the Te Moana nui a Kiwa the common name of Matariki is shared including locations such as Rapa Nui (Easter Island), Pitcairn island, Kiribati, Rarotonga and the Solomon Islands. 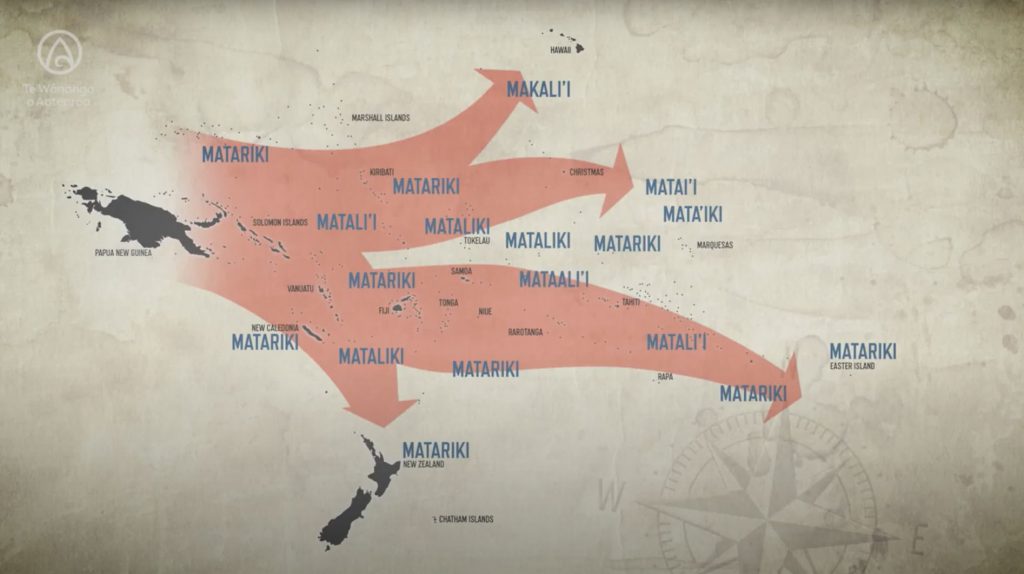 Matariki (Pleiades) in the ancient world

A historic view of the Matariki star cluster
What we know as Matariki, is Pleiades to most of the world. The Pleiades are a prominent astronomical figure for many cultures throughout the world, and it has been featured, observed, celebrated and worshipped since as far back as 20,000 years ago. 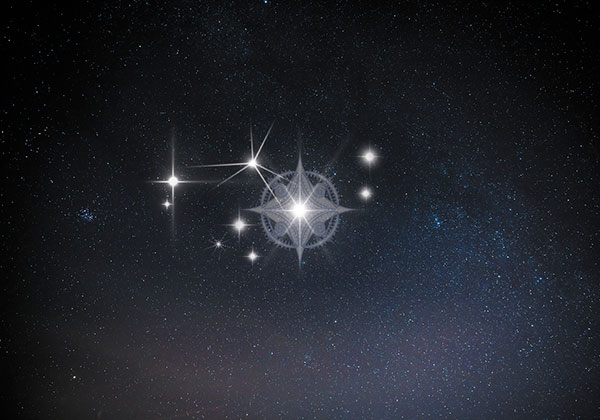 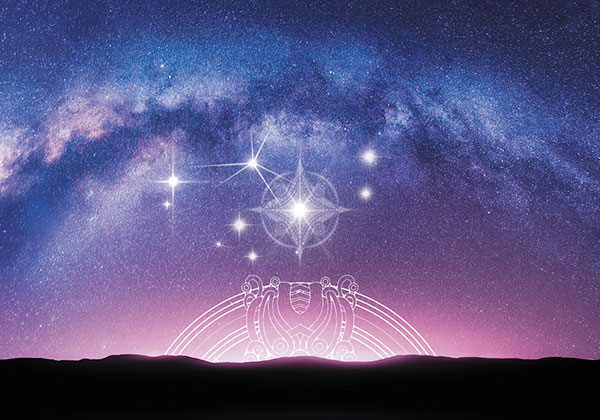 Te Orokohanganga: Rangi and Papa
Ranginui eloped with Papatūānuku, together they became the primordial sky father and earth mother bearing over 70 children including Tāwhirimatea, Tāne and Tangaroa, all of whom are male. Both Ranginui and Papatūānuku lay locked together in a tight embrace, and their sons forced to live in the cramped darkness between them.

How Matariki got it's name

Te Tikanga o te ingoa o Matariki
We understand Matariki to be a truncated version of the long name 'Ngā Mata o te Ariki Tawhirimātea' which translates meaning 'the eyes of the god Tawhirimātea'. This name originates from the turmoil which occurred soon after the separation of Ranginui and Papatuānuku. 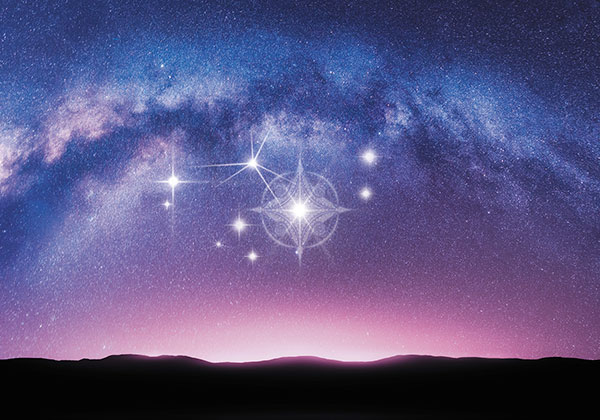